Rolling is natural equine behaviour, but as we all know it can be extremely annoying, especially because it seems horses roll in the dirtiest part of the field they can find just as soon as we’ve finished washing and grooming them!  When horses roll, though, they aren’t being deliberately naughty or obstreperous (in most cases anyway, but of course you always get that one mischievous little imp!).

Rolling has all sorts of benefits, so they need time to indulge themselves. Let your horses roll with relish, except of course while you’re riding!

Anyone who spends time around horses or ponies will recognise the signs that they are about to drop to the ground for a roll. They usually start by putting their nose to the ground in a dusty or muddy corner of the pasture, then paw at the dirt before circling then dropping down for a satisfying wriggly roll. Afterwards he’ll get up, perhaps give himself a shake and execute a little buck, then go back about his usual business.

Generally, horses roll because they’re happy and relaxed, and a playful roll is an expression of this. A roll is also a way to relieve boredom. If a horse shares a field with a herd, you’ll probably notice that rolling is infectious – when one rolls, the others will queue up for a turn to roll in the same spot.

Horses have a herd hierarchy and the dominant animal will usually be the last to roll, so as an equine where you stand in the rolling queue reflects on your status in the herd.

When your horse rolls just after he’s had a bath, he’s simply trying to dry himself off or rid himself of that strange damp and clean feeling! It’s exasperating for you, yes, but part of his natural grooming behaviour.

Rolling is a great grooming aid for the horse. It’s a way to remove dried in sweat and helps rid the horse of dead, shedding hair. Rolling is also a very gratifying way to relieve itches in places he just can’t reach.

In summer rolling in a patch of mud is cooling and also gives protection from the sun and pesky flying insects. In winter horses roll if they are over-rugged and therefore get hot. A good roll on the cold ground with their legs in the cool air is a delightful way to chill out.

Yes – if you were a horse you would no doubt really appreciate a rewarding, refreshing roll over for all sorts of reasons!

When Horses Roll for the Wrong Reasons

When horses roll it isn’t always for pleasure – it could be a sign of pain, specifically gut pain. Rolling can be an instinctive reaction to ease the discomfort of a gas build up or colic.

This kind of rolling is different to a happy, healthy horse roll. For one thing it happens more suddenly, and the rolling is more violent. The animal will stand forlornly afterwards without shaking himself off, and rather than looking invigorated will look sweaty, dusty and distressed.

Contrary to popular belief rolling doesn’t necessarily make colic worse, but it can be dangerous if – as is often the case with a colicky horse – he rolls in his stable. This is because the violent thrashing about may cause him to injure himself or become cast.

If you know your horse well it’s easy to tell whether a roll is a sign of trouble and you shouldn’t hesitate to call the vet.

When Horses Roll While You’re Riding

One scary rolling issue is when your mount decides to indulge in a bit of rock and roll while you’re on his back! If he shows signs of doing this it’s probably wise to dismount immediately for your own safety, but be sure to get straight back on when you have him calmed down, or he might cotton on to the fact that this is a great way to get out of working. This is a habit you don’t want to encourage.

If he shows the typical signs of wanting to roll while you’re in the saddle, you can try keeping his head up, distracting him and keeping on moving. If this doesn’t deter him get off as quickly as you can before he actually goes over, and check for reasons why he might be wanting to roll while you’re riding. Inspect his tack to make sure its properly in place and fits well, not causing him pain or discomfort. You might also consider having his teeth looked at to make sure they aren’t painful.

Just as with any form of horse behaviour, rolling is a way your horse communicates with you. It’s up to you to interpret what his rolling means, and to give him opportunities to indulge in this natural way of letting of steam. Horses clearly love to roll – so go along for the ride! 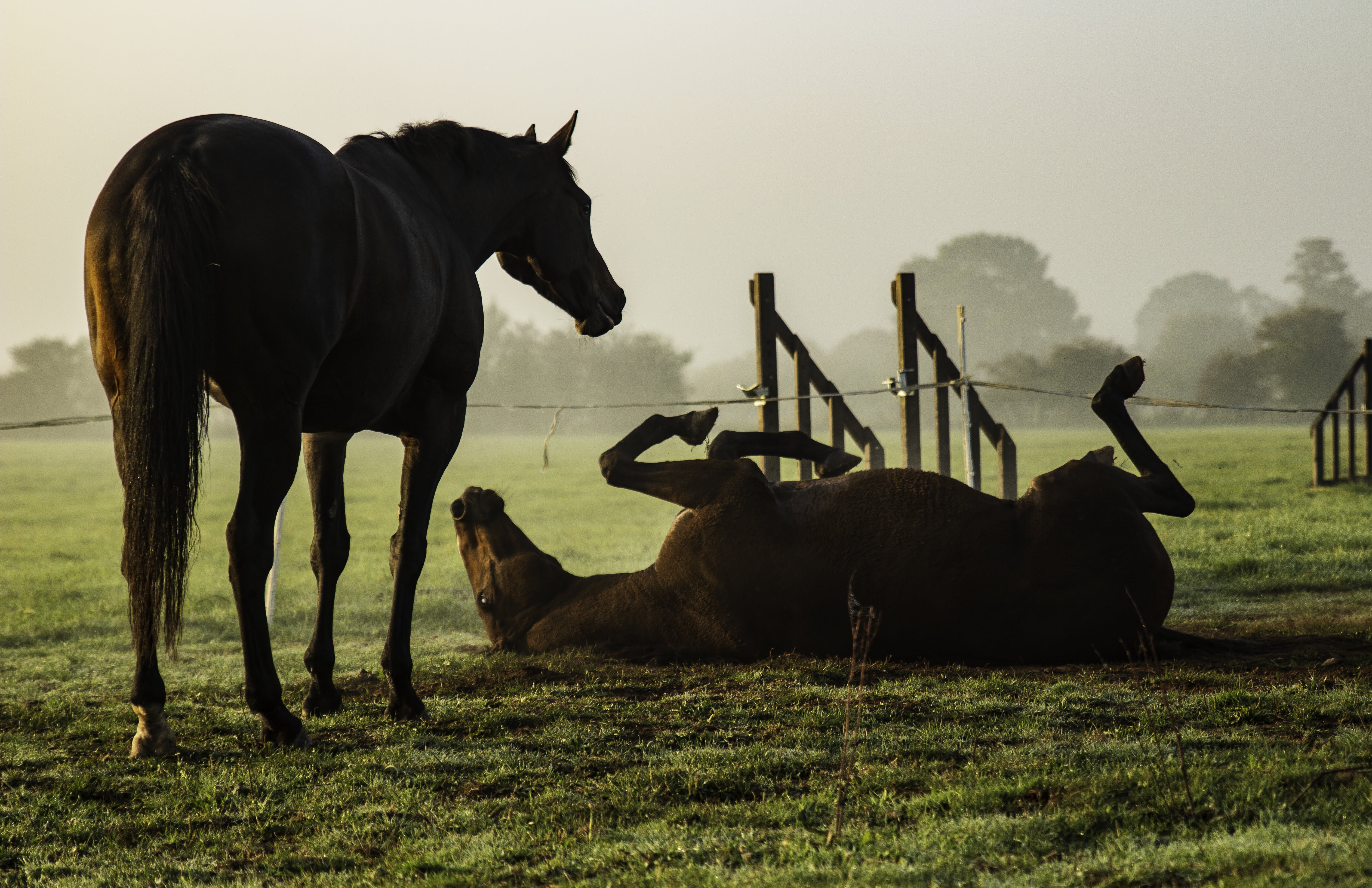 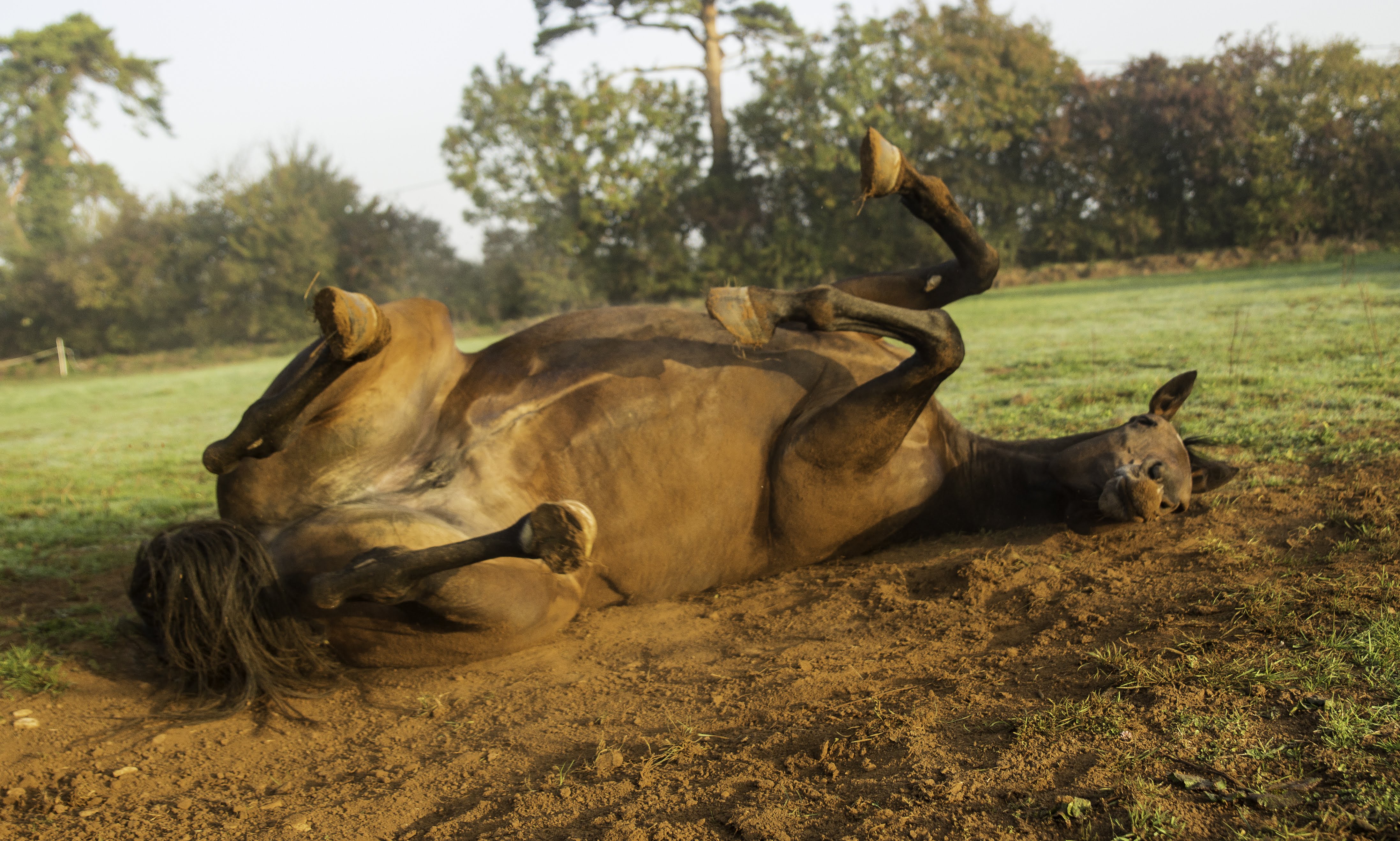 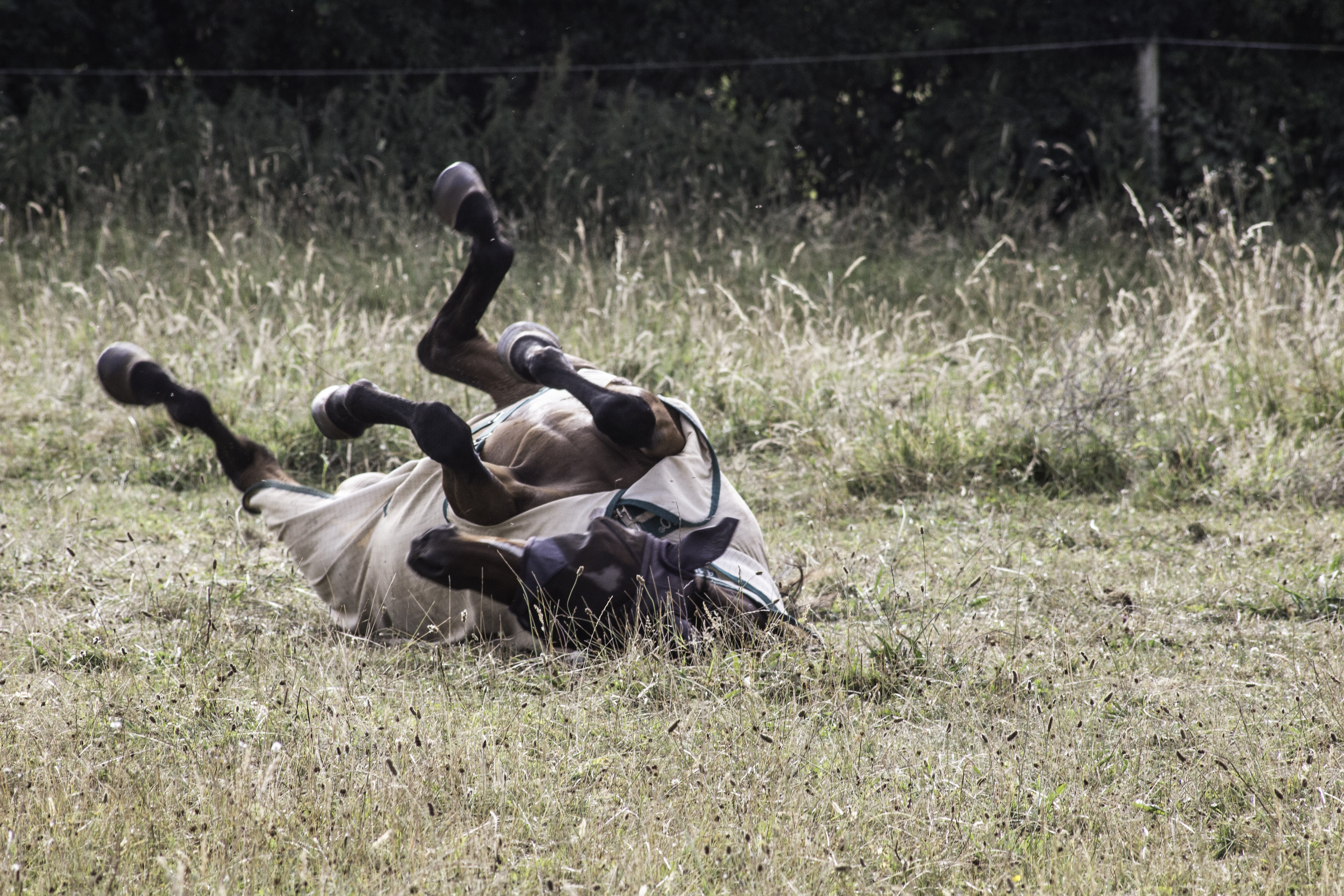