A third of the food that we consume each day relies on pollination mainly by bees, but also by other insects, birds and bats. In fact, they pollinate crops that provide around 90% of the world's food energy and protein supply; that's why it's estimated that if all bee species were to disappear from Earth tomorrow it would take at least 100 years for them to recover.

Bees also pollinate feed crops for animals which in turn produce milk, eggs and meat. It is estimated that one mouthful in three in our diet directly or indirectly benefits from honeybee pollination.Bees are insects, and as such they are important pollinators of plants. Bees can be responsible for the pollination of many of the foods we eat—from apples and almonds to broccoli and carrots.

One hundred crops provide 90% of food worldwide. Sixty-four of these crops, providing a majority of the world's food energy and protein supply, are pollinated by bees.These include:

100% of blueberries, cherries and apples rely on pollination. 80% of alfalfa seed requires honeybees to pollinate it. 75% of seed and fruit production requires pollination. 50% of Florida's orange production, the same goes for more than 35 other fruits and vegetables.The list of crops that have been affected by bee decline is enormous.

Walk into any supermarket and nearly every aisle includes products that have been dependent on pollination by bees – from bread to beer, chocolate to cheesecake, and tomatoes to turkey.

Bees are small creatures but they play an incredibly important role in making sure there’s enough food for us all to eat. 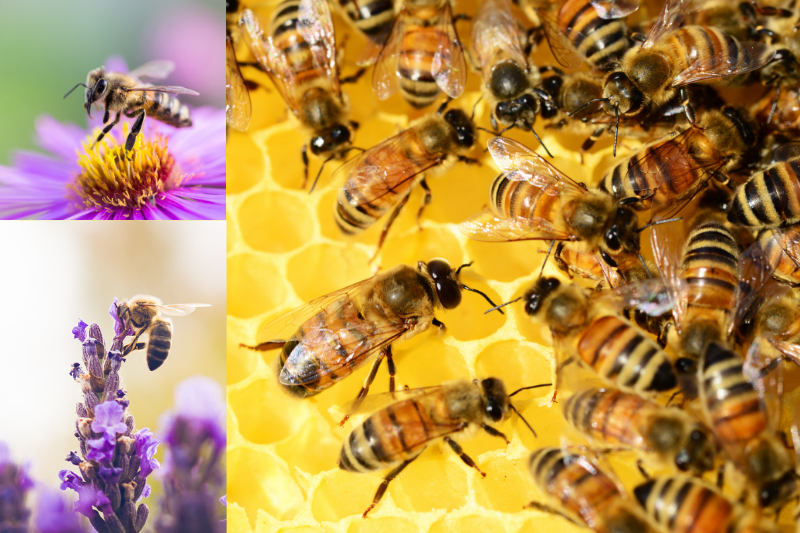 We need to help save bees by planting bee friendly flowers

Here are some of the best bee-friendly flowers:

Other herbs that attract bees include thyme and sage. Marigolds are also excellent as they have large bright blooms that last all summer long!